Home » Latest Articles » Vaccine Victory: How People You Have Never Heard of Changed Everything

Vaccine Victory: How People You Have Never Heard of Changed Everything 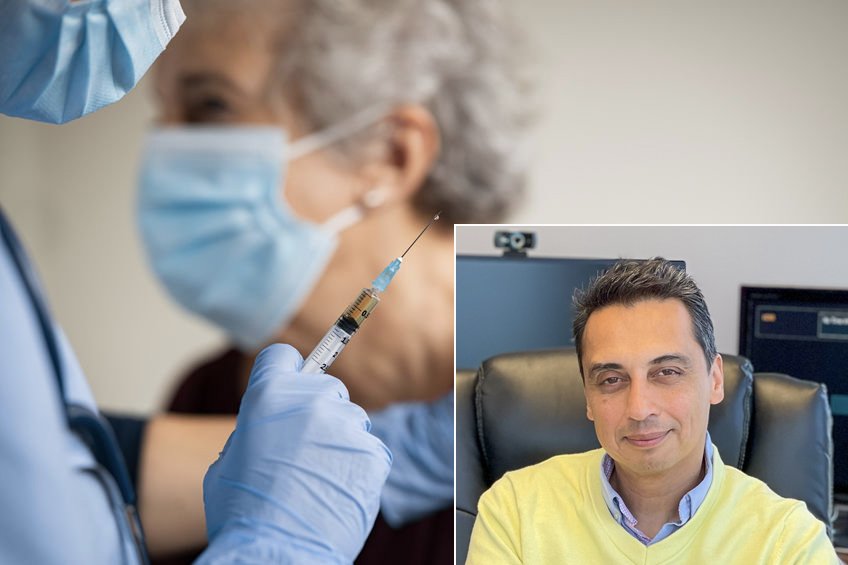 Thank you will never be enough. Recent data suggests that the United States is turning the corner on the pandemic caused by the coronavirus, and the number of cases and deaths have significantly dropped in the last few weeks. And as the unofficial kick off to summer approaches and Americans enjoy a barbeque without a mask in tow, our gratitude for those people who made our mask-less picnics possible and who continue to allow people to return to the office, hug their grandparents, and get back to life as they know it is immense.

The Great Minds Behind the Mission

Katalin Karikó. Noubar Afeyan. Kathrin Jansen. Although these are not household names, these scientists have changed the course of history with their tireless work to create a vaccine for Covid-19. Although each of them has faced a career of doors closing, money running out, and countless dead ends, the fact that the world is slowly inching its way out from the clutches of the pandemic is all a testament to these dedicated scientists. Interestingly enough, many of the prime leaders at Pfizer/BioNTech and Moderna are immigrants.

“I think of innovation as a form of intellectual immigration. You leave your comforts behind you. You face unrecognizable challenges. You take nothing for granted. You don’t feel like in your new country people owe you anything,” said Afeyan, Chairman of Moderna.

And clearly, these scientists are nothing short of miraculous in the face of the unknown. Kathrin Jansen, who previously had forged the Gardasil vaccine for HPV, is now in charge of research and development at Pfizer.

“She is fearless at taking on any project that she thinks is important and is not afraid to plunge in and figure out what needs to be done,” Scolnick said. “In industry, that is not always the case, because many projects fail and people in that setting worry about their job. Whether they’ll be demoted, fired, passed over. She just doesn’t think about that,” said Edward Scolnick, who ran Merck’s research labs and worked extensively with Jansen.

And because of Jansen’s hard work, over 1.68 billion Pfizer vaccination shots have been administered throughout the globe, allowing the world to slowly emerge from its 14-month hibernation to work and play once more.

The Good News by the Numbers

The recent good news is that the number of Covid-19 cases and deaths have been going down. Data compiled by Johns Hopkins University shows they are down 18% from a week ago. Case counts have been on a downward trend since the country’s most recent high point about a month ago in mid-April, when the country was seeing over 71,000 cases per day.

According to the Washington Post, “The seven-day average dipped to27,815 on Friday, the lowest since June 22 and less than a tenth of the infection rate during the winter surge.”

The vaccine has everything to do with the drop in cases and the opening of the country. The Biden administration is keeping their promise. Over 60 percent of adults have had at least one shot of a vaccine, putting the country on a path of reaching President Biden’s 70 percent target by July 4. And at this rate, the economy and the everyday activities of the people are moving in the right direction.

“All 50 states have now shown decreases in the number of infections,” Fauci said in an interview with Axios, suggesting that the widespread declines will make it safer for Americans to resume activities such as indoor dining at restaurants.

Other Parts of the Globe Still Struggling

You only need to look to India to see where we would be without a vaccine. Daily inoculations have averaged 2.5 million since hitting a peak of 4.5 million on April 5. A quadrupling of coronavirus cases during the period has collapsed the public health system in many regions of the country.

India, with the world’s biggest vaccine making capacity, has partially or fully immunized only 9.5% of its 1.35 billion people, according to data from the government’s Co-Win portal.

Latin America and the Caribbean have also fared poorly in the vaccine race. Pan American Health Organization Director Carissa F. Etienne of the Pan American Health Organization (PAHO) said, “More than one million lives have been cut short because of COVID-19. This is a tragic milestone for everyone in the region. This pandemic is far from over, and it is hitting Latin America and the Caribbean severely, affecting our health, our economies, and entire societies. Yet only about 3% of our citizens have been vaccinated.”

“The progress we’re seeing in the U.S. is a testament to the power of safe and effective COVID vaccines, but it underscores the vital importance of accelerating access to vaccines throughout our region, so that other countries can fully immunize their populations,” she continued. “We urgently need more vaccines for Latin America and the Caribbean, a region which has been sorely tested by this pandemic,” PAHO asserts.

Without the dogged determination of those people you never hear about, the heroes of the vaccination process who worked tirelessly despite the odds, America and indeed the world would continue to be in crisis. It is fitting that the leaders of the vaccination race have often been immigrants. People like Katalin Karikó, Noubar Afeyan, Kathrin Jansen, have left the comforts of their native land to work on behalf of the entire globe. Now that the vaccine is showing its prowess against the coronavirus, the global community needs to ratchet up the efforts to get the vaccine in hard to reach places. And whether you can finally hug your friends or go to a concert or take a trip without the threat of the pandemic, make sure to thank a scientist.