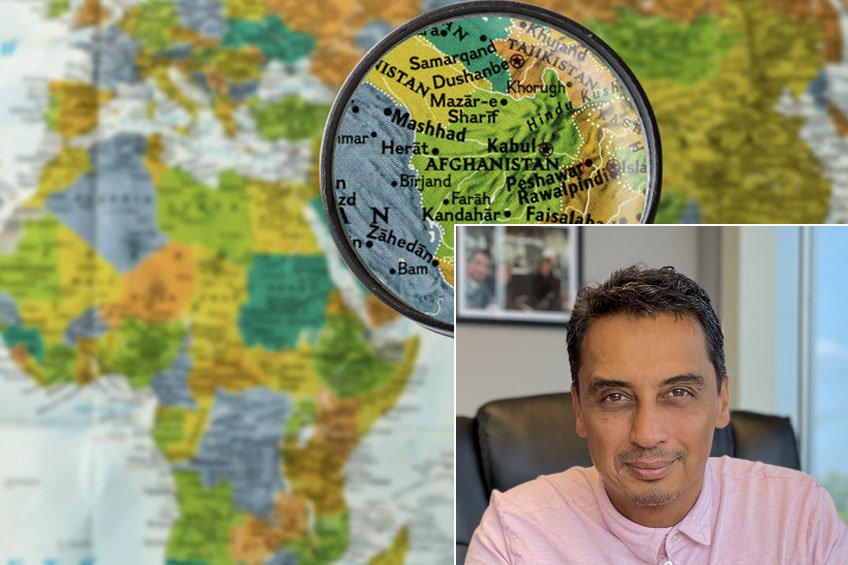 When the Twin Towers fell on 9/11 at the hands of Osama bin Laden, the tragedy set in motion a 20-year war that has cost America trillions of dollars and thousands of lives. What began as an altruistic plan to protect innocent Afghan citizens from the destruction of the Taliban, as well as America’s desire to create a safer world for America, is ending this week as a ridiculous blunder and a collapse of a different kind. Although the four presidents who have presided over this war have all claimed a desire to get out of Afghanistan, when President Joe Biden decided to “take his ball and go home”, this hasty decision did not account for all the negative outcomes that could occur. And less than one week from America’s departure, the Afghan president has already fled, and the Taliban is back in power.

The Americans are not the only country that have left Afghanistan to fend for themselves, and generations of Afghan people have struggled to protect themselves and begin again against destructive governments. In the 1980s the Soviet Union was offering support to the Democratic Republic of Afghanistan government, all while fighting smaller groups in the countryside. Although the Soviet government supported the Afghans, they pulled out entirely in 1992 and the Afghan government collapsed. The Taliban took control of the government in 1996, building their forces until the September 11, 2001 attacks.

A Brief History of the US in Afghanistan

After September 11, 2001, then President George W. Bush invaded Iraq and Afghanistan to find the attackers. With the full support of Congress, they quickly found al-Qaeda and wrongly assumed that once they extricated the bad guys from Afghanistan, they could leave the country safely with the Afghan people in charge. But it didn’t work out that way. Bush built a nation of democracy, saying “The survival of liberty in our land increasingly depends on the success of liberty in other lands.” There were 25,000 troops in Afghanistan in 2009 when Bush left office.

When President Barack Obama assumed leadership, he ended the war in Iraq and decided that he would need a surge of troops to do so in Afghanistan, at one time having as many as 100,000 troops on the ground. In 2014, he declared the war was over, but the Washington Post calls it “among the most egregious deceptions and lies that U.S. leaders spread during two decades of warfare.” Obama knew that if he actually ended the war, he would experience exactly the backlash Biden is experiencing now. In 2017, when Obama left office, about 9,000 troops remained.

Under Donald Trump’s presidency, the Taliban signed a peace agreement saying that Afghanistan would not house terrorists, but without a way to enforce that law, that is exactly what the Taliban has done, quietly building up their terrorist regime. When Trump left office, there were 2,500 troops that were keeping the peace and keeping a stable way of life going for the Afghan people.

Anthony Cordesman, a Middle East policy expert at the Center for Strategic and International Studies said, “What they all realized was almost all the options we had for leaving would ultimately create an unstable Afghanistan where no one could predict what was going to happen next. And the cost of getting out would be that failure.”

The United States’ involvement has accomplished much for the Afghan people since 2001. The economy flourished, the people approved of the constitution, and Afghans today are generally better off than they were 20 years ago. But no one had figured out a way to gracefully get out of Afghanistan, and the Afghan people are going to bear the brunt of that lack of planning. Without a plan in place, all of this work over the past 20 years will probably be for naught as the Taliban comes rushing back to power.

By withdrawing the troops from Afghanistan, Biden has essentially removed the safety net for the Afghan people, as well as for the world. He said, “The United States did what we went to do in Afghanistan; to get the terrorists who attacked us on 9/11 and to deliver justice to Osama bin Laden, and to degrade the terrorist threat to keep Afghanistan from becoming a base from which attacks could be continued against the United States. We achieved those objectives.” Biden claimed it was the Afghan people alone who should decide their fate and style of government, and he subsequently decided to leave them to their own devices.

Paul D. Miller, who served as director for Afghanistan and Pakistan on the National Security Council for Presidents George W. Bush and Obama, said “The U.S. presence in Afghanistan the last few years was tiny—just 2,500 troops before the start of the final withdrawal. It was indefinitely sustainable. There is no significant antiwar movement to speak of, there is no domestic political pressure to withdraw, and no election will hinge on U.S. policy toward Afghanistan.” But extracting the 2,500 troops will have negative ripples for future generations, as the Afghan people are basically back to square one.

It didn’t take long for the Taliban to seize power. Astoundingly, they took over the entire country in just over a week, even though NATO and the US have spent 20 years and billions of dollars fortifying the Afghan security team. The former president Ashraf Ghani of Afghanistan fled the country quickly as well. The Atlantic reported, “It is a major disaster for the credibility of the West, whose promises to stand up for the safety of allies threatened by authoritarian competitors such as Russia and China will now sound even more hollow. And it is a major disaster for the United States, which will be much less secure now that the Taliban has freed a significant number of al-Qaeda operatives, and may once again allow terrorist groups to establish training grounds in Afghanistan.”

Earlier this week, the U.N. Security Council emphatically stated that if the Taliban wants to receive aid and be legitimized, they must refuse to harbor terrorists and protect the human rights of all people, especially women and girls.

Rina Amiri, a former official at the State Department and United Nations, said, “It’s just damning that the United States and the international community have put these women in the position of having to risk not only their lives, but that of their children and families, in order to leave and save themselves and their families,”

“You failed the younger generation of Afghanistan, said Aisha Khurram, 22, who is now unsure of whether she will be able to graduate in two months. She said her generation was “hoping to build the country with their own hands. They put blood, efforts, and sweat into whatever we had right now.”

The United States has done a disservice to the Afghanistan people and indeed the world with its hasty withdrawal. Leaving Afghanistan with no transitory plan in place feels like all the time, effort, money, and sacrifice of the past 20 years was for nothing. And the citizens of Afghanistan, especially the women and girls, are once again left in the lurch to figure out how to fend for themselves.

There have been over 200 casualties just in the past week because of violence carried out by terrorist groups in Afghanistan. These recent tragedies serve as yet another staunch reminder that leaving an unstable situation to its own devices has dire consequences for innocent people.