There’s No Place Like (Trying to Afford a) Home 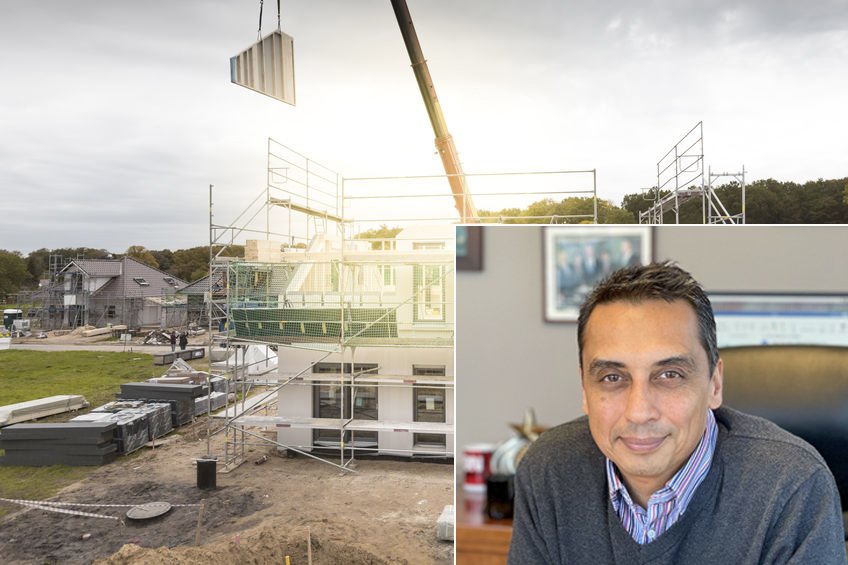 If you are trying to buy or build a house this year, you will pay an enormous price. The convergence of many factors including bark-eating beetles, Covid-19, and the aging of millennials has created a connection of events never seen before, and this has driven the price of lumber through the roof. This is the classic case of supply and demand, and for first time home buyers and the 55+ crowd especially, the lumber industry’s effect on the price of a new home is leaving many players on the sidelines.

What Home Buyers are Seeing

Home buyers are seeing outlandish numbers whether they are trying to buy a home or build one. There are several reasons for this hot housing market, and the market is definitely to the seller’s advantage.

First, the number of houses on the market has shifted dramatically, because the number of existing homes is so sparse. CNBC reports “About 1 in 4 homes for sale are now newly built, the highest share ever.” In a normal situation, about 1 in 10 houses that are sold are newly built. With so many new homes being built, the price of lumber is more important than ever.

Reuters recently reported the Commerce Department statistics that “The sales of newly constructed U.S. homes jumped by 20.7% last month to an annualized rate not seen since 2006, the zenith of the housing bubble.” Even though so many new homes are being built, they still cannot keep up with the demand.

The second reason for high prices is the cost of lumber. Fortune reported last week that, “The price per thousand board feet of lumber soared to an all-time high of $1,188, according to Random Lengths. Since the onset of the pandemic, lumber has shot up a whopping 232%.”

With these astronomical increases, new homes are an average of over $35,000 more expensive than they were last year, and this is putting a damper in the home-buying plans of many.

Besides low inventory of current homes and the high price of lumber, home buyers are facing rising costs of materials that go into new construction. Gypsum prices are on the rise, which is a key component in drywall, and copper and steel have also experienced hefty increases. Land itself is sparse, and therefore is being purchased at a premium.

Reasons for the Shortage

The high cost of lumber links directly to a shortage of wood, which essentially was caused by a perfect storm, both from the vantage of supply and demand. As the pandemic began, sawmills planned for a long recession, and deliberately slowed production. However, people were stuck at home and finally had time to build that deck they always talked about or needed to build an extra room for an office because people were now crowded together working at home. Millennials are also making a substantial impact on the housing economy, just as they stretched the public school system in the 1990s. With these events occurring simultaneously, the United States Housing market is truly experiencing a perfect storm.

The trees themselves that make the lumber are also in jeopardy and affecting the shortage. The Canadian SPF, or Canadian spruce-pine-fir, which is at the heart of America’s lumber, is in crisis. According to The Atlantic, “A catastrophic and multi-decade outbreak of bark-eating beetles, followed by a series of historic wildfire seasons, have led to lasting economic damage in British Columbia, a crucial lumber-providing province. Americans have, in effect, made a mad dash for lumber at the exact moment Canada is least able to supply it.”

A chain reaction of climate change and nature have wreaked havoc on the logging industry. The drought makes trees more susceptible to the attacks from bark-eating beetles, but loggers had been successfully working around the beetles, even successfully harvesting and using wood that had been dead for a while. But beginning in 2017, wildfires ravaged British Columbia, America’s prime lumber land, and burned the last salvageable tree area. Ironically, the trees had secreted more pitch to fight off the beetles, and the pitch made them extremely flammable.

“There are people who say, ‘Climate change isn’t affecting me,’” Janice Cooke, a forest-industry veteran and biology professor at the University of Alberta, said. “But they’re going to go to the hardware store and say, ‘Holy cow, the price of lumber has gone up.’”

According to experts, the red-hot housing industry is not going away anytime soon. And unlike the bubble from 2006 that burst, underwriters and buyers are playing the game more carefully this time around and the situation is more stable.

Federal Reserve Chairman Jerome Powell “I don’t see the kind of financial-stability concerns that really do reside around the housing sector. I don’t see bad loans and unsustainable prices and that kind of thing.”

The true cost of homes will remain stable, and many are even being sold in cash deals. “I don’t see values going down at any point,” Daryl Fairweather, the chief economist at Redfin, told Insider.

As for the lumber itself, there is a small light at the end of the tunnel. Reuters reported, “The lumber industry is going to hit production capacity this summer, but things will calm down in 2022.” As soon as production can even out, the price of lumber should drop. The next few months could be tricky, however.

“While lumber prices should come back to earth, headwinds remain. Resources remain constrained and Washington has to conduct trade negotiations with Canada, which provides the United States with about 30% of its lumber, according to Dustin Jalbert, senior economist and lumber industry specialist at Fastmarkets in Burlington, Massachusetts.

If you are trying to buy a home, the news is frustrating. Every home that hits the market has a huge list of buyers and offers far exceeding the asking price. And those that have made the decision to build are second guessing these decisions when the price tag is totaled. The confluence of droves of millennials looking for houses, bark-eating beetles, wildfires, and a worldwide pandemic have changed the housing market in ways no one could have expected.