Home » Latest Articles » The Show Must Go On

The Show Must Go On 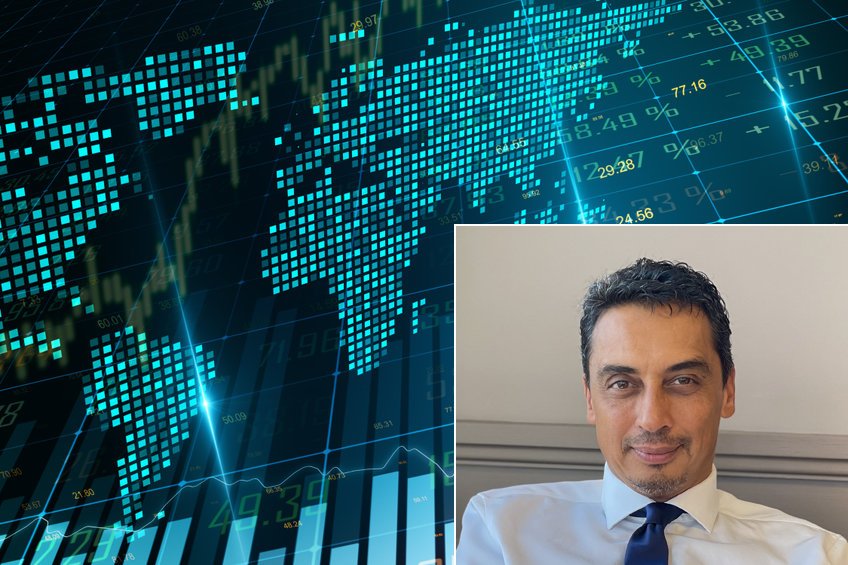 As America finished pulling the troops out of Afghanistan in what has been the United States’ longest war, the devastation to the Afghan people caused by the return of the Taliban is clear. But on the other side of the world in America, the ramifications of the Taliban takeover are not as sharp or intrusive to daily life. However, when 13 servicemen and women were killed last week, America reacted with bars pouring beers for the fallen soldiers and flags flying at half mast, which shows there is some reaction to the mayhem overseas. For better or worse, the stock market does not seem to react so abruptly. After a brief reaction to this event that sent stocks down, American investors seem more worried about their own country’s plans than what will happen in the war.

How the Market Reacts

For the most part, when the United States is involved in a military conflict, especially overseas, this venture doesn’t have an immediate and related impact on the stocks. A war’s influence, especially a war that has lasted 20 years and is on the other side of the globe, does not rate highly in its ability to affect the stock market. The environment of the American market and the situation surrounding the daily grind in America have a bigger impression on the stock market than a war overseas.

And with markets still reeling from the giant hit they took from Covid-19, along with the continued uncertainty of the delta variant, the war in Afghanistan, although terrible, is not really at the forefront of investor’s minds. America is just climbing out of the economic hole caused by the pandemic, although with many jobs left unfilled, there is still a long way to go.

CNBC analyst Jim Kramer said, “The stock market has no way to process the deaths of US servicemen or our allies, who are trying to flee the country before the Taliban can slaughter them. The market is not a referendum on bloodshed. It’s not even a market in American hegemony.”

The war in Afghanistan is no exception. MarketWatch reports, “For the most part, stock-market investors have been mostly sanguine amid the long-running conflict that has cost an estimated $2.261 trillion, according to research from Brown University’s Watson Institute of International Public Affairs, which also estimates that 241,000 people have died as a direct result of the war.” But without the immediacy of a war in their backyard, which is interrupting daily life as they know it, investors on Wall Street are not really going to react with their checkbooks.

One interesting fact when dealing with a war that drags on as long as this one, though, is that sometimes investors gravitate towards investing in defense contractors, and then if the war heats up, so does the investing.

In short, the United States Stock Market rarely reacts to a war such as this, but the market’s reaction to war cannot be pigeonholed, and there is sometimes no way to tell what will happen. Although it might seem like a war that lasts 20 years and costs over two trillion dollars of a country’s budget would get some notice, the reaction is often counterintuitive.

Ben Carlson, portfolio manager at Ritholtz Wealth Management LLC, has written in the past about the “market’s sometimes odd reaction to war,” summing it up thus: “Markets don’t always respond to geopolitical events the way you think.”

Although the market did not react at all when President Joe Biden originally called for an end of the war, when the 13 American service members were killed last week in the Kabul airport attack, the Stock Market reacted with a dip. But analysts do not expect that to last, at least on account of the war.

Sam Stovall, chief investment strategist at CFRA, “In the short term, the question is, ‘will it result in an economic contraction?'” Stovall said. “Well, most of the time the answer is no, so it ends up being a short-term, knee jerk reaction by traders that really doesn’t have staying power, because while it’s tragic in the consequences to those involved, it has little to no effect on the global economy.”

Although investors might not react immediately to a war across the globe, when Biden pulled the troops out of Afghanistan several weeks ago, he called into question the United States’ biggest infrastructure plan since 1956 that he has been constructing. The Blue Wave trade began last year when a Biden win seemed possible, but if Biden’s decision to end the war in Afghanistan weakens him in the eyes of the nation and the world, the plans to improve America’s infrastructure could be in jeopardy.

Megan Horneman, director of portfolio strategy at Verdence Capital Advisors in Hunt Valley, Maryland, said “I am surprised the market hasn’t fallen more, given the fear that it could take focus away from (U.S. President Joe Biden’s) domestic agenda.” Some strategists think the nation will call for more military spending to counteract the terrorism brought about by the Taliban, which would leave less money in the coffers for things like social programs or infrastructure.

There is also some question about the Federal Reserve changing their current policies that is threatening to affect investing, along with the continuing story of the delta variant and the reaction of the nation’s coffers to the continuing pandemic.

America’s ego will not allow a war overseas to affect it for very long, especially where the Stock Market is concerned. But with Biden’s ratings possibly taking a dive after removing the troops from Afghanistan and the subsequent chaos, it might make his domestic agenda harder to pass through Congress. At the end of the day, Afghanistan’s problems are just too far away and too far removed when there is plenty to worry about on the home front.