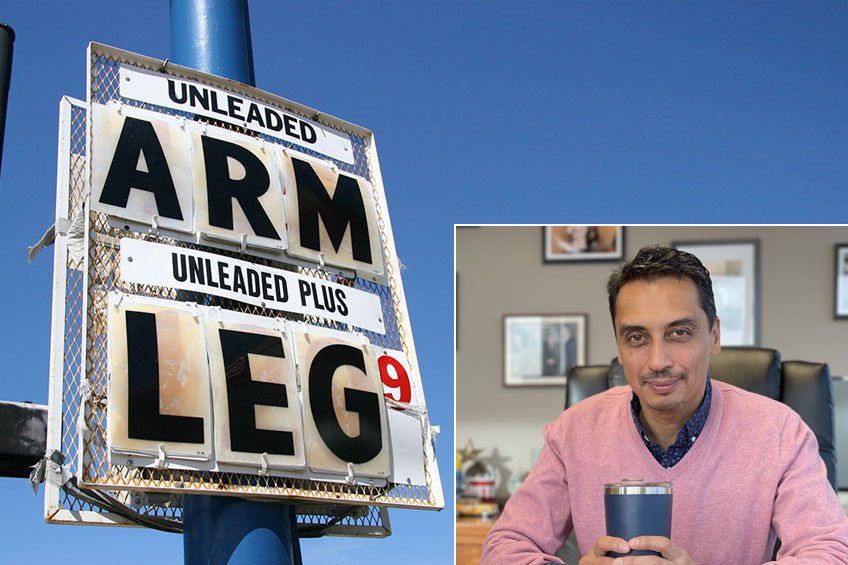 Just like everything else, the pandemic has affected crude oil prices. When the world shut down in March 2020, transportation ground to a halt, except for essential workers, and the need for crude oil plunged dramatically. Oil stockpiles built up in the tanks, and the glut of oil eventually forced traders to pay people to take and store the oil, since there was so much oil and no one was using it. Ironically, it seems as though the country is about to experience the exact opposite, and the stores of oil will run totally dry, especially if there is a hard winter.

As a result, global commodity prices have risen across the globe and oil prices are skyrocketing, just as the winter is about to hit. Many countries had been using the cheaper natural gas, but are now turning to a seemingly non-existent crude oil supply to fuel their countries.

The Plummet is Approaching

The picture is bleak, and America is poised at the top of the precipice speeding towards trouble. “Cushing oil storage-which just dropped to 31.22 mm barrels, the lowest since 2018, may be just weeks from being effectively out of crude,” said JP Morgan’s commodity Natasha Kaneva.

Running out of crude oil sounds outlandish, but there are many reasons for this seeming impossibility. The unpredictable weather around the globe has affected the production of oil, and many experts did not foresee that the world would recover from the pandemic as fast as it did. There was such a glut of oil that no one wanted in the spring of 2020, but now that the United States needs it, the oil reserves are not ready to go from 0 to 60 in a short period of time.

High Price of Other Fuels

Both coal prices and natural gas prices have swelled, so many countries have turned their sights on crude oil to bring power to their people, which is traditionally less expensive than natural gas or coal.

Reuters quoted Saudi Arabia’s Minister of Energy Prince Abdulaziz bin Salman who confirmed that users switching from gas to oil could account for demand of 500,000-600,000 barrels per day (bpd), with the world’s realization that there are indeed shortages in regards to energy.

“People all of a sudden woke up to the reality that they are running out of everything: they ran out of investments, they ran out of stocks and they ran out of … creativity in trying to be attending to real solution that address real issues,” Prince Abdulaziz told the CERA Week India Energy Forum.

The United States is trying to right the ship, but this is not a speedy proposition. “The news from last week that the (US) Department of Energy is not planning to tap into strategic reserves for now is keeping the oil market tight and is supporting prices,” said UBS analyst Giovanni Staunovo. The United States, however, is currently adding five new oil wells, which may be part of the solution as the winter creeps closer.

Cnn reported, “That’s why US oil prices have skyrocketed $120 since crashing to negative $40 a barrel in April 2020. US oil prices finished above $80 a barrel on Monday for the first time in nearly seven years.” Oil has not closed above $80 since October 31, 2014.

Winter on the Horizon

Mother Nature has been cranky lately, filling the world with a variety of natural disasters. Hurricanes, in fact, have affected the production and refining of oil. And now a worried globe must count on her to go easy during the winter so that the world’s oil prices can be held in check. If the winter is extremely cold, that will place a further strain on the supplies.

In the US alone, in each week in winter, “natural gas demand can surge by 50-70 bcf, if not more, with limited response from supply. The situation is so dire at the moment that – JPMorgan observes – finding even 1 bcf of spare capacity is becoming increasingly difficult.”

The problem is similar throughout the world, CNN reported, “Chinese coal prices have hit record highs amid flooding in northern China that forced the closure of dozens of coal mines. Coal remains the main source of energy in China, used for heating, power generation and steelmaking.” The country faces power shortages, with the rationing of electricity during peak usage hours.

Across the globe in Europe, natural gas prices have gone from below $2 per million BTU last year to as much as $55 this fall. That is the equivalent of $320 per barrel of oil. Citigroup added that a “very cold winter” could see Europe “running out of gas” by February. Clearly the United States is not the only country that is struggling with high oil prices.

The news now is dire. With the perfect storm of the pandemic’s production stoppage, coupled with natural disasters and an impending harsh winter, consumers should expect to pay more to run their cars and heat their homes this winter. And nations around the globe are crossing their fingers that the winter will not be too harsh, so that the precious commodities will remain intact. Now is a good time to consider alternative energy supplies, so that the pinch of high crude barrel prices will not continue to affect the globe. Until then, know that your crude oil bill just got bigger.