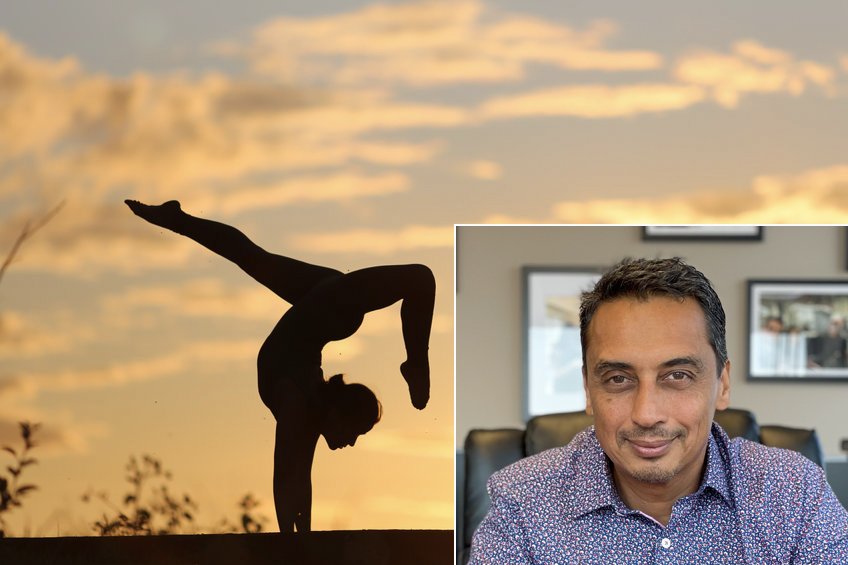 When Simone Biles bowed out of the Olympic gymnastics team competition last week, she shocked the world. Poised to dominate the competition in Tokyo, she cited her mental health and a case of “the twisties” as the reason she pulled out. Many people in the country were disappointed in her decision, believing that she failed her team and her country in not taking part in all the competitions. Despite some progress the US has made in understanding mental health, events like this, combined with the country’s reaction to Biles, show that we still have a long way to go towards respecting and understanding mental health.

There is no doubt that Simone Biles is a superstar. She has earned a combined 31 World Championship and Olympic medals and is considered the winningest American gymnast. She was projected to add a lot of hardware to her hefty medal collection at the Tokyo Olympics, but after doing one vault in the team competition, she withdrew, citing her health and safety as well as the fact that she didn’t want to jeopardize the ability of her teammates to receive any medal at all. Unfortunately, she has received some backlash from people saying she let down both her teammates and her country.

Sports Illustrated reported, “For anyone saying I quit, I didn’t quit,” Biles said. “My mind and body are simply not in sync…I don’t think you realize how dangerous this is on hard/competition surfaces. Nor do I have to explain why I put health first. Physical health is mental health.” Although Biles explained herself well, not everyone was convinced that she should have stepped out of the competitions.

Not everyone has turned on Biles, though. In fact, USA Gymnastics has been very supportive. As NPR reported this week, they said “We remain in awe of Simone, who continues to handle this situation with courage and grace, and all the athletes who have stepped up during these unexpected circumstances.”

This situation with Biles brings to light a conversation which has been ongoing for years about the mental health of athletes and what stars like Biles “owe” to their country. Olympic gymnastics stars are not the only ones who have the weight of the world on their shoulders. Michael Phelps has been dealing with mental health issues and trying to raise awareness for years, even starting the Michael Phelps Foundation to help kids focus on both mental and physical health.

It took him until 2014 to really deal with his situation and face it head on. “That was when I was finally able to really see that this is who I am and it’s a part of me and it’s not going to go away. So, I need to learn more about it. I need to learn why I work, how I work, why I am how I am,” he explained. “I was able to dive into some things that I had been stuffing down inside, kind of compartmentalizing and not wanting to address and acknowledge. I think at that point I was really able and ready to grow and learn.”

As for what happened this past week to Biles, “I hope this is an eye-opening experience, I really do,” Michael Phelps said. “I hope this is an opportunity for us to jump on board and to even blow this mental health thing even more wide open. It is so much bigger than we could even ever imagine. This is something that’s gonna take a lot of time, a lot of hard work and people who are willing to help.”

Superstars are put on a pedestal with the weight of the world on their shoulders, and few people understand the pressure these athletes are under. “The Olympics is overwhelming. There are a lot of emotions that go into it,” Phelps added about Biles’ situation. “I can talk about this for an hour. The easiest way for me to say it is I think athletes, and Olympic athletes in general, we need someone who we can trust. Somebody who can let us be ourselves, listen and allow us to become vulnerable. Somebody who is not gonna come try to fix us.”

Whether because of the mental strain of the pandemic or just because it is time to face reality, other sports stars have come forward recently to talk about mental health and their personal situations.

Athlete Naomi Osaka, pulled out of the French Open in Paris In May to avoid being a distraction and to prioritize her mental health. She has battled bouts of depression since 2018 after winning the U.S. Open. Unfortunately, she was fined for not speaking with the media during the French Open, at a time when she was dealing with a bout of depression.

For Chelsea soccer star Christian Pulisic, it is important for him to share his story and he is a big proponent of going to counseling. “It’s something that can help talk about the way that you’re feeling. Sometimes just expressing how you feel to somebody else can help you so much. It’s something I’ve done personally and seen other people do. Getting it off your chest, speaking about it is something that can go a long way.”

No matter what sports fans think, the superstars on the world’s stage do not owe fans anything. Actually, the stars owe it to themselves to take care of their mental health as vigorously as they train their bodies for competition. And as more and more athletes continue to speak out about mental health, this will help others in the country face their own mental health challenges and get the help that they need.