Inflation in the Nation 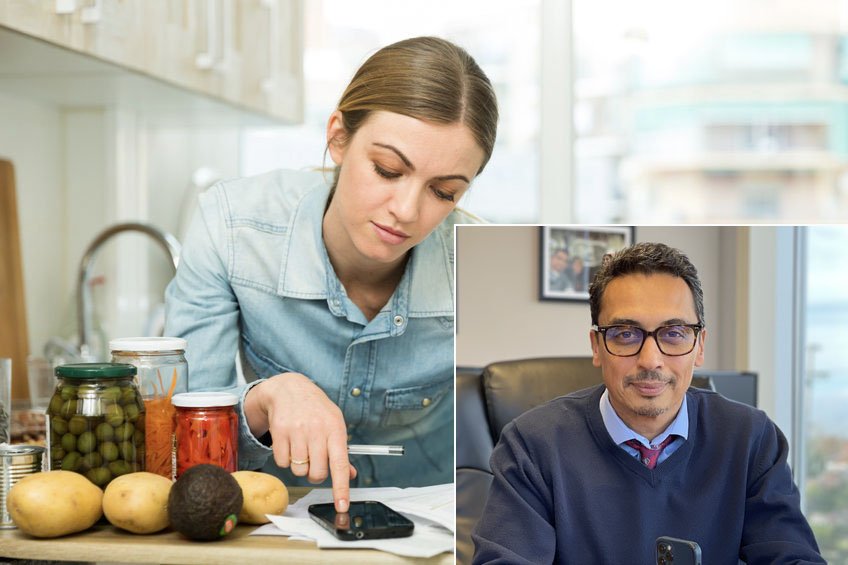 As Americans get ready to sit down to the Thanksgiving table next week, followed by what is traditionally the country’s biggest day of shopping, inflation threatens to truncate the celebration this year. Inflation has hit a 30 year high, and consumers can expect to pay more for products, especially food. With the troubles of the pandemic haunting consumers for the past 18 months, inflation has reared its ugly head at a very inopportune time. And those who were struggling to start with will have the most trouble dealing with the increased prices at the grocery store, the gas pump, and retail stores. The bad news is this bout with inflation is not projected to have a quick fix and will last well into 2022.

Inflation by the Numbers

Inflation is the kind of thing that everyone knows is bad, but not everyone can claim to totally understand. Policymakers study inflation changes by analyzing the Consumer Price Index, released by the Labor Department monthly, and measuring the average change over time, which consumers pay for a variety of goods and services.

“Inflation cannot be measured by an increase in the cost of one product or service, or even several products or services,” the Federal Reserve states. “Rather, inflation is a general increase in the overall price level of the goods and services in the economy.”

So what is the bad news that has everyone worried about these days? As reported by ABC News, “The CPI has surged by 6.2% since last October, according to DOL data. The so-called “core index,” or measure for all items except the more volatile food and energy indices, rose 4.6% over the last 12 months, the DOL’s data indicates. This represents the largest one-year increase since August 1991.”

The price of groceries has skyrocketed in recent months, leaving consumers wondering when the upward trajectory will ever end. “Meat prices in particular have soared,” said Jim Baird, chief investment officer at Plante Moran Financial Advisors. He explained that meat and chicken are generally allotted for the largest share of household food budgets.

When the Fed acted to staunch the bleeding of the pandemic, choosing to keep interest rates low and infusing money into the stalled economy during the heart of the pandemic through stimulus payments and other means, this set the stage for inflation down the road.

According to the Washington Post, “It would be nice to think there was a way to avoid economic catastrophe during the year-plus of pandemic restrictions while also avoiding rising prices today. But in the real world, there probably wasn’t. The pandemic imposed real costs on the economy, which had to be paid one way or another.” It stands to reason that a pandemic that shut down the global economy would have dire consequences long after the economy reopened.

And in fact, in many cases, the nation is doing better than the experts thought they would do, given the uncertainties and difficulties of the pandemic. A year ago, the Congressional Budget Office was forecasting that the unemployment rate in late 2021 would be 8 percent; in fact, it has fallen to 4.6 percent. Many people do have jobs, and there is still a plethora of open jobs. Many experts did not expect this to be the case.

And although the stimulus payments and low interest rates have some say in inflation, the laws of supply and demand with the myriad of supply chain issues have also turned out to be a big problem. Food, energy and shipping costs are at the helm of the inflation that is threatening Americans. Clearly, the world is taking some time to catch up from the massive global shutdown.

Market Watch Companies,  like many around the globe, are struggling to find materials such as aluminum, paper, computer chips and the like, to produce the goods that consumers want. Additionally, there are worker shortages in production and transportation of the goods, which are raising the prices as well.

The bad news is that inflation will be around for a while. Your turkey dinner will be anything but economical, and neither will your holiday meals and gift-giving in the coming months. And experts predict that inflation will last long into next year. Likewise, core consumer prices are expected to remain in the mid-5% range for “much of the winter,” before easing to 4% next summer and 3.2% at the end of 2022, Goldman Sachs.

There are many reasons for the inflation that the nation is currently facing. Many companies that cut back production during the pandemic are still trying to catch up to the imbalance of supply and demand. The supply chain is also broken in many places, with merchandise stuck in ports and loading containers. Additionally, burgeoning wages are straining the budget of companies, so they are passing on the higher prices to the consumers. Even the housing boom has caused rising rent, which is constricting consumers’ pocketbooks even more.

Consumers have no choice but to ride the wave of inflation and hope for the best on the other side. That being said, not everyone is in the same boat, and people need to be willing to look outside themselves and help those who are in even more need. No one wants to pay over $7 dollars for a pound of bacon, but for some people, inflation has caused a dire need for food and shelter just to make it.

At Thanksgiving time, this is a good time to count your own blessings and give a hand to those people who are less fortunate than you are. The entire country has been through a lot over the last 18 months. And if you are still standing with a roof over your head, your health, and a job, count yourself blessed and be willing to share with those who need it most.