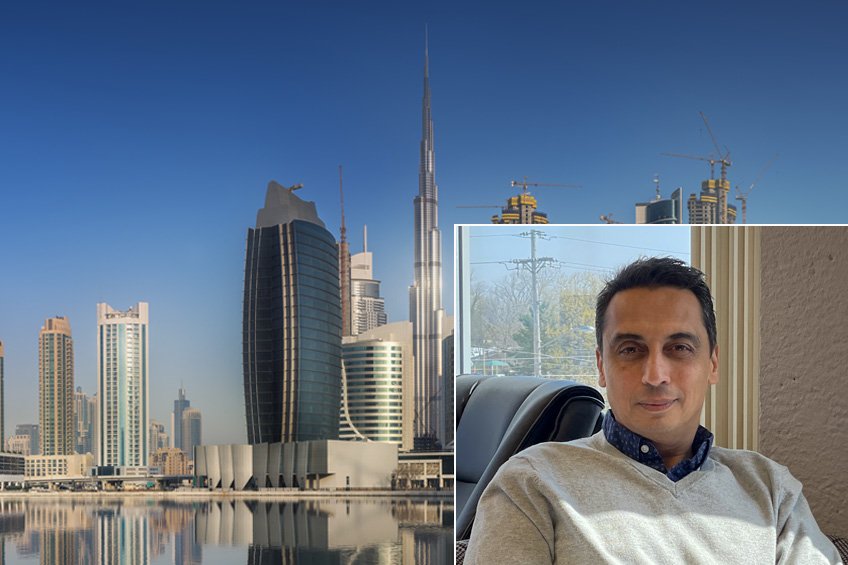 Dubai is a financial powerhouse that continues to innovate and escalate its influence on the world. Known as a financial hub in the Middle East, it also boasts bragging rights when it comes to lifestyle and trends, as one of the most desired and diverse vacation spots on the planet. Despite the worldwide lockdown of the pandemic, social influencers continue to flock to Dubai, and a whole new industry has been built up in order for influencers to make the most of the city. From its ancient simple roots along the Persian Gulf, Dubai continues to reinvent itself and take the world by storm.

One reason Dubai is so successful in business is that they have some of the most creative minds working there. Sajithkumar P.K. said, who is CEO and MD, IBMC Financial Professionals Group which recently launched from UAE the world’s first gold digital asset and currency in tie up with US Gold Currency. “There are a number of initiatives to position Dubai as a knowledge-driven economy. Silicon Oasis and other free zones provide AI, IoT and Fintech based business support.” Whether in AI, Fintech, or banking, Dubai boasts creativity and ingenuity on their list of positives, which reflects easily into the landscape of a successful business and technology world.

Dubai’s government also does things to help the economy keep moving. For instance, the government has worked on legislation that would help the emirate’s real estate market. “With the founding of the Higher Committee of Real Estate in 2019, real estate transactions grew by 134% to a value of US $15.2 billion by September of that year. These figures represent 13.6% of Dubai’s GDP.”

Dubai takes an active role in making their city great. The country lures businesses to its shores by offering them incentives to live and work in Dubai. Business Hub reports many companies take advantage of the perks offered, including US oil and gas company ExxonMobil, financial services firm World First UK and Egyptian mobile payments platform PayMob. By luring businesses to Dubai, the city can position itself with the best talent from the best companies around the world.

Dubai is known as a land of indulgence, from its towering glass skyscrapers to its endless restaurants, shopping malls, and sunshine. The Dubai Mall, for instance, is the biggest in the world and boasts an indoor aquarium and an amusement park. According to NBC, Dubai is a major shopping and tourism attraction in the Middle East. With nearly 12,000 restaurants, as well as museums, gardens, and a plethora of upscale shopping, Dubai is a hub for all things indulgent.

The Guardian reports, “Dubai has become a global hub of influencer culture, a magnet for social media stars desperate to tweak their image in what has become the ideal Instagram city.” Dealing with the real world is one thing, but Dubai is also straddling the line between actual experience and perceptions created by social media. Because of this, Dubai has built a whole new layer of business and culture, with agents and producers to show off their city, plus the hotels, restaurants, spas and nightlife to keep everyone happy.

The world of Dubai is shifting, and some restaurants and businesses are now catering to the ideals of Instagram and how the city, or the meal, or the landmark would look in a social media post. Salads topped with gold leaf, photo opportunities with the perfect background, and “free” helicopter rides to show off the city are all part of the social media game. Nada Enan said, “Instagram is a platform that inspires people, and this is manifested in this city.” It is no surprise that Instagram and Facebook have their Middle Eastern home in Dubai.

Tourism is a huge draw for Dubai, and the country has worked hard to maintain their “open for business” status to attract visitors during the pandemic. “In 2019, tourism provided 11.5% of GDP, according to official data; other estimates suggest its contribution is closer to a third.” With this incentive to aid their bottom line, Dubai has kept visitors rolling into their country.

Author Jim Krane says that for Dubai, image is everything. “It trades on that and it doesn’t have a back-up plan. It doesn’t have oil. It’s the first successful post-oil economy in the Middle East, full stop.” With this in mind, keeping up the glamorous image is imperative for Dubai’s continued success.

Dubai continues to innovate with its Fintech, architecture, technology, and artificial intelligence which push the cutting edge. And this helps them to handle any obstacles they are confronted with. According to the India Times, “The ubiquitous use of smart helmets by Dubai police that allows scanning the temperatures of hundreds of people within a few minutes is one novel initiative that amplifies Emirate’s ability to leverage technology in dealing with a pandemic-like crisis.” With so much at stake for tourism in Dubai, experts are doing everything possible to squelch the pandemic and keep residents and tourists safe.

Crisis or no, Dubai is on the groundbreaking of business and trends. Sheikh Maktoum bin Mohammed bin Rashid Al Maktoum, deputy ruler of Dubai and president of the DIFC, “Dubai will further increase its commitment to supporting the financial industry and making the city a leading player in shaping the future of the global financial landscape.”

This will pay off for Dubai in 2021, when the financial and business hub of the United Arab Emirates (UAE), is forecast to grow by 4% in 2021, recovering for a projected 6.2% contraction this year. What was lost in tourism from the initial response to the pandemic will hopefully return via social media influence, tourism, and creativity in commerce.

Although once known mostly as a financial hub in the Middle East, Dubai is honing its influence with the help of social media, to take its place atop the podium for tourism and trends. Boasting a myriad of glamorous restaurants, upscale hotels, and many other tourist attractions, Dubai is making a name for itself in the Middle East and the world.