Covid Flares and War vs. the Global Supply Chain 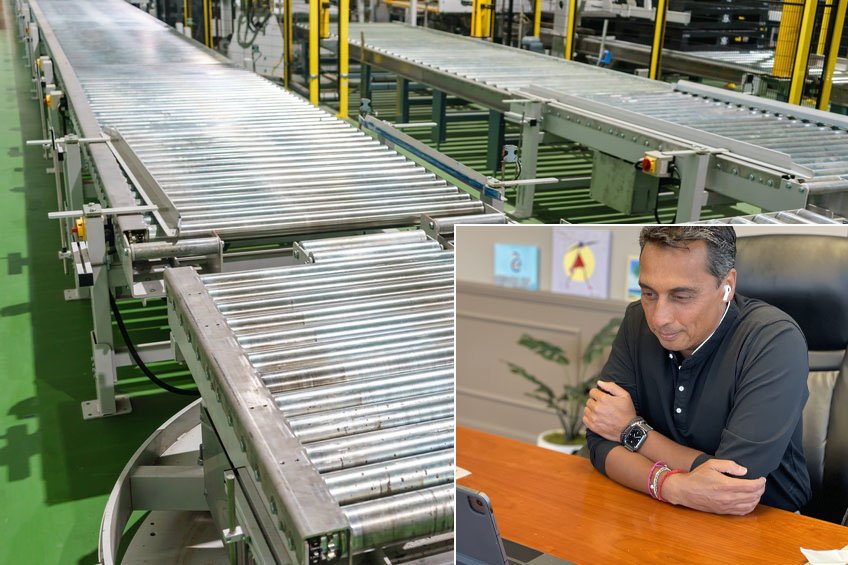 Two years ago, the average person didn’t spend too much time thinking about the global supply chain, but that was before Covid-19 came to tangle the process of getting things to the right place at the right time. For two years the world has dealt with delays in the auto industry, ships standing endlessly in ports waiting to be unloaded, and empty grocery store shelves. And as if that was not bad enough, Russia’s attack on Ukraine has placed the already precarious supply chain in an even more difficult position. Add to that a Covid surge in China, where many parts and products are manufactured, and appears evident the supply chain woes will not be fixed any time soon.

On the heels of the pandemic, just as the world started thinking the supply chain troubles were easing, several new and profound events have developed that will again wreak havoc on the way people do business. With Vladimir Putin attacking Ukraine, the global supply chain is spinning again. Considering the sanctions that have shut down the air space in Russia, increased fuel costs across the globe, and the disruption of the natural resources that normally come from Russia and Ukraine, experts agree that the problems will continue to plague the consumer world for the foreseeable future.

Add to the Russian/Ukraine war, the problem of the Covid flare up in the manufacturing heartland of China, and the world is experiencing the perfect storm of trouble in creating and moving goods.

“This was unpredictable, and I don’t think anyone was forecasting that this level of warfare was going to be happening in Europe,” Dana Gardner said. Gardner, president and principal analyst at Interarbor Solutions, an enterprise computing system consulting firm in Gilford, N.H. added “But there’s also the scale. This isn’t just a hurricane that hits a 70-mile-wide swath of coastline in North Carolina. This is a global event that’s impacting economies — some much more than others.”

Russia and Ukraine are big exporters of barley, corn, wheat, and fertilizer, which is causing spikes on the price of these goods. Russia and Ukraine are responsible for 30 percent of the world’s wheat production, which will have a definite effect on the way we use these products. Beyond the problem with food production, these countries also supply raw materials for computer chips. Ukraine supplies around 50% of the world’s neon gas, which is used to print circuity onto the chips. They also provide palladium, which helps in later stages of production. These deficits will affect trade around the world.

The ripples from overseas will continue to have a profound effect on the availability of products as well as their price in the United States and around the world. “What people expected to be a recovery year is going to be another year of crazy hiccups in supply chains,” said Johannes Schlingmeier, chief executive of xChange, a shipping container leasing company in Hamburg.

Only a few weeks in, the war in Ukraine has changed the way that people are doing business. “Already, the war has caused cargo airlines to cancel or divert flights over the region, Russian and Ukrainian factories to close up shop, and energy prices around the world to soar. It puts at risk global supplies of essential components for a number of goods, including platinum, aluminum, sunflower oil, and steel—components that will further exacerbate global shortages of vehicles and semiconductor computer chips,” said Nada Sanders, distinguished professor of supply-chain management at Northeastern.

The problem is at a peak in busy seaports. “If you look at the L.A. port, you don’t really see relief in sight yet. Solving these supply chain bottlenecks will still take more time,” said Michael Wax, chief executive of Forto, a freight forwarder based in Berlin.

After declining late last year, the cost of sending a standard shipping container from China to Los Angeles” rose by 20 percent over the past two months to $16,353,” according to the Freightos index. This accounts for an increase in cost that is over 12 times more than before the pandemic. The sanctions have also forced rail travel into cargo planes, jacking up the cost as it goes. With the air space closed, travel time has increased. Time is money, so this is a big problem.

War is not the only thing making waves. “In China, the government imposed tight coronavirus restrictions on more than 50 million people in key cities, including Shenzhen, Shanghai and Changchun, starting on March 13. Companies in the affected areas account for three-quarters of China’s exports, according to Capital Economics.” Additionally, over 50 Chinese electronics factories were shuttered this week because of the high rate of virus transmission. With as many products on the shelves that are made in China, the impact will be broad.

The Harvard Business Review reports, “The Ukraine war and closer alignment of China and Russia will modify profoundly the exchange of energy, raw materials, industrial parts, and goods between the Western world, China, and Russia and promise to accelerate the reshoring trend.”

Manufacturing companies as well as consumers are facing a difficult journey in the coming months. One way many companies are trying to combat supply chain issues is by moving the factories that make parts closer to the manufacturer’s needs. The Harvard Business Review explained that Schneider Electric is set to build three new manufacturing facilities in North America, one of which will be in El Paso, Texas, in order to avoid the congestion and cost of overseas production. Officials are planning 13 new electric vehicle battery factories in the United States within the next five years. Other industries such as solar, biotech, and semiconductor industries are moving forward in the same way.

Because of the extreme dependence on China, companies around the globe are making a concerted effort to build relationships with a larger number of suppliers around the world. Hong Kong-based supply chain management operation Li & Fung is the flagship of using this strategy, which allows them to quickly recover if there is trouble in one part of the world.

As the war and Covid-19 wage on, companies will need to think outside of the box in order to ensure that they can receive the goods that they need in order to do business. And the disruption of the supply chain, unfortunately, will not be solved anytime soon. For a world of people who have been on edge for over two years, the news is not ideal.