Country Reels from One Million Unemployment Applications a Month 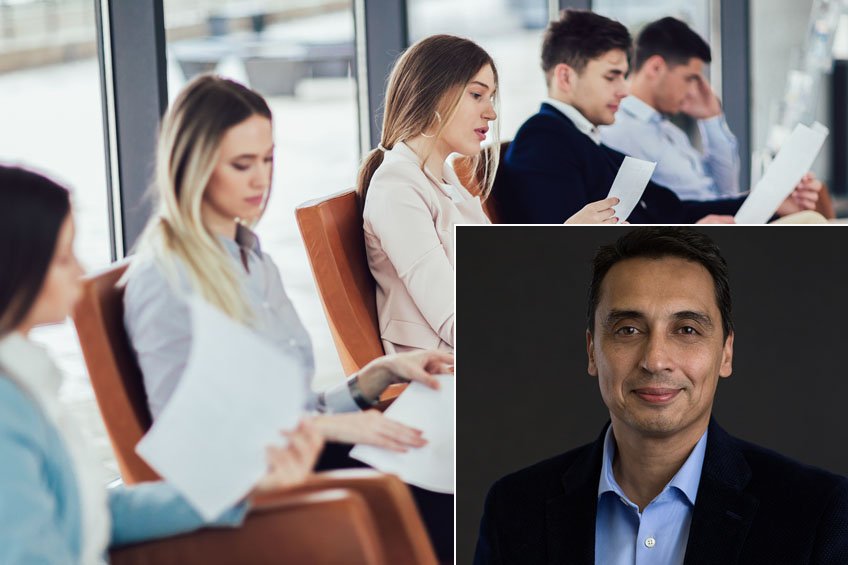 As the country passed the one-year anniversary milestone of the beginning of the pandemic in America, and the country-wide lock down that came along with it, another sobering milestone was achieved recently. For the 52nd week in a row, over one million people requested unemployment assistance. The grim statistic comes after a grueling year for the country where many Americans simply tried to hang on for dear life. But the new administration led by Joe Biden has been forced to continue the rescue packages from the previous administration, and also pushed for an aggressive vaccination program in hopes that the country will open up, hopefully ending the need for one million people a month to file for unemployment.

More Americans Need Help Than Ever Before

Despite the efforts of the federal government, the fact that so many people are turning to federal assistance is nothing short of overwhelming. CNBC reports that over 19 million Americans were collecting benefits as of early February, according to the Labor Department. This compares with about two million people from the same time last year. The jump in numbers is one thing, but imagining all the individual workers and families who are affected is astounding.

Just this week, however, the claims have decreased. According to the New York Times, there were 657,000 state unemployment claims, which is a decrease of 100,000 from the previous week. These are the lowest numbers since the pandemic began. Additionally, the 242,000 new claims for Pandemic Unemployment assistance (for freelancers, part-timers, and others not qualifying for regular unemployment) represent a decrease of 43,000. Ohio and Illinois led the decrease across the nation.

“The numbers are encouraging, but no one is jumping the gun and hiring up for what looks to be a boom this spring and summer. There is a reluctance to get ahead of activity,” said Diane Swonk, chief economist at the accounting firm Grant Thornton.

So, who needs help? Clearly the number of workers and their dependents who have been filing for unemployment is immense. But according to the Congressional Research Service in a recently published report, certain groups of people have been hit harder than others.

For one, the hospitality industry has been decimated. When the pandemic shut down the country, travel essentially halted, and for those workers who work in the leisure and hospitality industry, their worlds all but crumbled. Americans were not taking vacations, companies were not holding conferences, and hotels were shuttering their doors. Many were forced to leave the industry altogether.

“Workers whose last job was in the leisure and hospitality industry experienced a higher peak in unemployment (39.3% in April 2020) than did workers who were previously employed in any other industry; they also had the highest unemployment rate in December 2020 (16.7%).”

Many economists are comparing this downturn to the Great Recession, but it is not even close. Between 2007 and 2009, the United States economy experienced the worst recession since the Great Depression of the 1930s. This was due in part to the bursting of the US housing bubble, as well as a financial crisis that circled the globe.

Congress had no other choice but to step up and help the American people in this dire time. Besides the normal unemployment benefits that employers provide, there are additional safety nets in place. Congress is no stranger to helping the American people, but they have just never really had to do it on such a grand scale before. Desperate times call for desperate measures, and the pandemic job losses are nothing short of desperate.  Per the Bureau of Labor Statistics, Congress stepped up with additional funding and help to augment unemployment programs in the recessions of 1971, 1974, 1982, 1991, 2002, and 2008.

Because the pandemic wreaked havoc on working Americans and unemployment, the government was forced to pass the stimulus package to instill confidence in the economy, which would lead to more hiring and lower unemployment. On March 10, 2021, the House finalized the plans for the American Rescue Plan Act of 2021, whose aim is to increase the temporary aid benefit until August 29 of this year, rather than having them run out on March 14, as planned. This is a $1.9 trillion-dollar Covid relief bill.

What the Aid Will Accomplish

The country is on the brink of a precipice. With only 11 percent of the total population in America vaccinated, and continued unemployment, America is not out of the woods yet. With more people filing for unemployment than ever before for the past 12 months, the recovery will not be swift. Americans have lost seniority, pensions, and job skills, along with the fact that some career fields have all but been eliminated.

But Congress’s continued aid to citizens will hopefully help to get Americans back on their feet. According to the Economic Policy Institute, extending the enhanced benefits for unemployment could “could save or create 5.1 million jobs; boost GDP by 3.5%; and increase total personal income by more than $440 billion.”

There is no doubt the negative effects of over 1 million people filing for unemployment per month will be difficult. And even if the tides turn, the country will need continued help.

“This is evidence of the long-term scarring in the labor sector that, despite what is going to be a booming economy over the next two to three years, will not be repaired anytime soon and requires sustained policy attention,” Joe Brusuelas, chief economist at tax advisory firm RSM, said.

Because of the sheer volume of people needing assistance, and the sustained economic wallop brought about by the pandemic, Americans need more than just the typical unemployment benefits. Congress was forced to supplement these needs with enhanced benefits as well as stimulus checks to aid the economic recovery. Along with a robust vaccination program, Americans are longing to get 2021 back to normalcy.