Business as Weapon: How International Trade Becomes a Missile 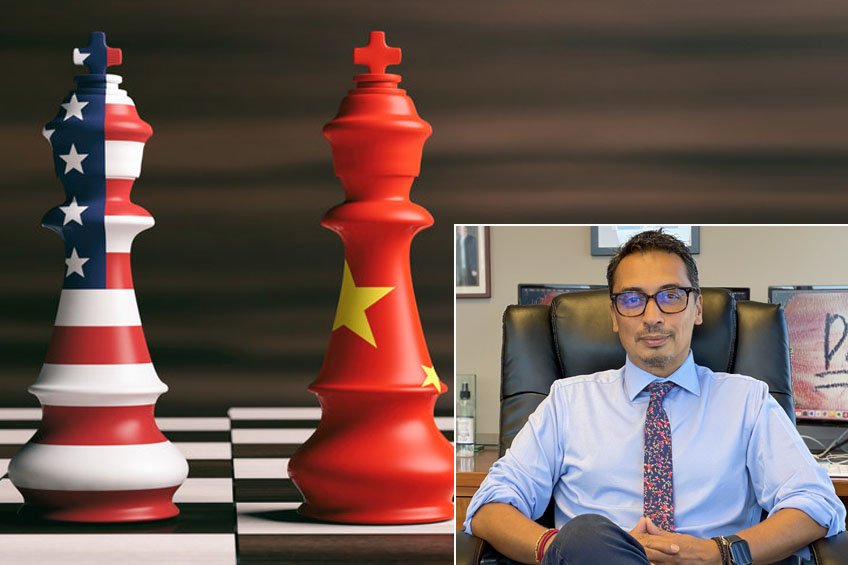 If the last year has taught the world anything, it is that the government and (just about) anything else don’t mix. More than one family dinner has been ruined by politics, and politics has even creeped into talk of vaccines and keeping our country safe from Covid-19. Although the emphasis of the politics of the pandemic has made the eradication of the disease more difficult, the past weekend reminded the world that politics can even creep into the international affairs of business. And for those who have been made pawns in the political game, years of their lives have been wasted so that their governments could make a political stand.

As the World Watched

When Michael Kovrig and Michal Spavor landed in Calgary, Alberta early last Saturday, after 33 months of being confined in China, Canadian Prime Minister Justin Trudeau was there to welcome them back to their home country. The apprehension of these two businessmen was a reaction to Chinese native Meng Wanzhou’s arrest in Canada, a move that many around the world characterized as “hostage politics.” Meng is the Chief Financial Officer of Huawei Technologies, and the daughter of the founder, and Canada detained her on a U.S. extradition request. In a move that could only be described as “tit-for-tat,” the Canadian businessmen were arrested and detained for over 3 years, in much less favorable conditions than Meng herself.

Meng was returned to China this weekend as the Canadian businessmen were brought back to their home country, and her homecoming was broadcast on state television, a reminder that she has become a symbol of China’s rise in global economics. In fact, China maintains that her detention was motivated by an attempt to thwart China’s technological development. On Friday, Meng and federal prosecutors had reached an agreement that the fraud charges against her would be deferred until next year, and in return she agreed to her liability for misstating her company’s business enterprises in Iran.

Huawei, Meng’s company, is a global powerhouse, and the largest supplier of network gear for phone and internet companies throughout the world. As it has grown, it has become the hallmark of China’s burgeoning technological power, but also the subject of U.S. concerns. Analysts say that some Chinese companies play dirty, disregarding rules and stealing technology.

In fact, Meng was indicted in January 2019, by the Justice Department for stealing trade secrets and selling equipment to Iran behind a shell company. This was in direct violation of US sanctions. She was also charged personally for her role in these crimes.

Political Prisoners for a Cause

This case opens a can of worms, making it clear that businessmen can be used as pawns in political games across the globe. “These two men have been through an unbelievably difficult ordeal. For the past 1,000 days, they have shown strength, perseverance and grace and we are all inspired by that,” Trudeau said of the two Canadians upon their return.

And in fact, the Canadians had it worse in this political game, with the two political prisoner situations not equal at all. While Meng was living in a multimillion-dollar mansion in Vancouver while out on bail since her arrest, the two Canadians were incarcerated for over 1,000 days in a jail cell with the lights kept on 24/7. Returning to their homeland was a welcome respite from this long period of confinement for the Canadians.

So how did Canada and these two entrepreneurs get embroiled in this mess to start with?

In the past, “Canada declined to push China on human rights partly because it was in competition with other countries for what had become its primary China priority: trade. Canada began making huge trade missions to China, happy to snap up scraps tossed to it by a greater power.” Trade with China was so important to Canada that they could look the other way when dealing with human rights issues to capitalize on China’s technological prowess. After this political business debacle, Canada will need to think twice.

And China is changing their game too. China seeks “the same global privileges the United States currently has and takes for granted. When it comes to the ‘rules-based international order’ so beloved by Canada and like-minded states, the U.S. government is both proponent and periodic abstainer.” The U.S. will follow international rules, until they don’t. And China wants to be playing the same game now, thinking they have earned the right to play in the big leagues, crossing the line and breaking rules at their whim.

So, what happens next? Canada has always worked to get along with the superpower to the south, the United States, and now they realize that they want and need to get along with the business mogul, China, too. This will take some time and some finesse. Many in Canada want a return to business as usual with China, wanting the benefits of the trade alliances they had built with China. But others say Canada must toughen their stance against China, citing that Canada should be included in the AUKUS security pact between the U.S., the U.K, and Australia. The pact has a goal of reining in China’s domination in the Pacific and ensuring that they follow international laws.

According to The Conversation, “Rather than behaving like a “paper tiger,” Canada needs to embark on a consistent rights-based policy, integrated into all aspects of foreign policy and trade as well as domestic policy.”

The business world must face the reality that the economic global force of China is here to stay. And as they come out of their shell as a world leader, China is demanding the same privileges that everyone else enjoys. With much of the world’s technology and manufacturing in their hands, other nations need to consider communications and sanctions for China. It shouldn’t take a 3-year incarceration of hard-working entrepreneurs for Canada and the U.S. to learn that business and politics are dangerous partners.